​The Northeast Ohio Housing Officers (NEOHO) is a regional college and university housing organization.  NEOHO provides affiliated professionals with opportunities to exchange ideas and resources, network within the region, and promote ethical decision-making within housing and residence life.  Comprised of service providers and educators, NEOHO also strives to provide opportunities for students to explore the housing profession and for them to feel informed and empowered in their roles as emerging leaders. NEOHO derives its authority from the combined advocacy and oversight of Housing Officers within Higher Education Institutions throughout Northeast Ohio. 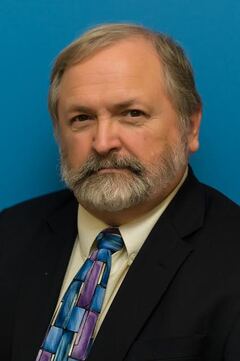 Mike Corr - retired Hiram College Senior Associate Dean of Students and Director of Residential Education, has over 42 years of progressive experience in Higher Education – 34 at Hiram College. With student welfare as his compass, he offered a collaborative leadership style and a passion for exposing students to life’s difference makers.

Mike loves to teach the skills of living and learning to emerging professionals and undergraduate students with his venue of choice being the residence halls. He has demonstrated resilience, grace and creativity in working with the changing generation of students and higher education practices.

Mike championed professional development engagement as shown by his 6 years of GLACUHO Board of Directors leadership, including holding the office of President, and by co-founding the Northeast Ohio Housing Officers organization.

Mike is the proud father of 3 and has been married to his best friend Cathy for over 40 years. They look forward to discovering their country behind the wheel of an RV.

Mike and Cathy are continuing their Habitat for Humanity passion by participating in a national program entitled, “Care-a- Vanners”. They have already participated in their first “build” which took place in Stanford, Kentucky in September. 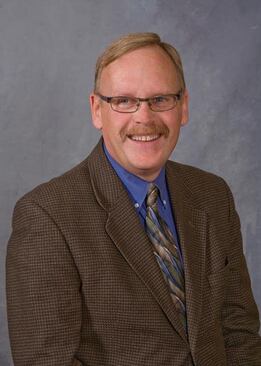 In his retirement Don Kamalsky serves as a Senior Associate with The Scion Group Advisory Services. He has extensive experience in student affairs administration, housing administration and residence life. He has served as assistant and associate vice president of student affairs at Case Western Reserve University (2003-2014) providing leadership to student housing, information technology services for students, student conduct, student center, and Greek life. He also served as director of housing, and residence life at Case Western Reserve University (1987-2003) and assistant director of residence life at Cornell University (1982-1987). From 2003 through 2013 he provided support and leadership to the development of student life facilities at CWRU including the Village at 115th, a LEED certified project which included apartment style housing, athletic stadium and a parking facility, a student recreation center and a new campus center.

Don is a leading expert in the development of student life facilities that are specifically designed to serve in support of a comprehensive student learning experience. His projects have been designed to support and enhance both the student’s academic experience and their personal development and growth. He has lead campuses in creating environments that are intentionally developmental affording students the opportunity to achieve their full potential. In addition his projects have dealt with renovation and rehabilitation of aging facilities. He has helped his campuses extend the useful life of aging facilities with creative solutions and imaginative re-purposing.

In addition to his work with campus life facilities Mr. Kamalsky has extensive experience in student life administration including training in the administration of Title IX. He has served as the chief student conduct officer at Case Western Reserve University. He has participated in numerous conferences making presentations and serving on committees. He has served professional student housing organizations in numerous roles throughout his career and remains actively engaged in mentoring new professionals. 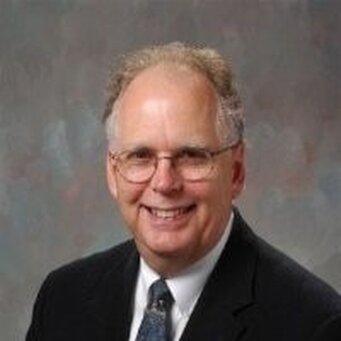 For Ron McDonald, a rewarding career in higher education began at The University of Akron in the winter of 1972, on the fourteenth floor of Bulger Residence Hall. That’s when Ron’s R.A., Mike, suggested that Ron apply to be a Resident Assistant. Ron was hesitant, unsure that he was prepared for the challenge. Mike persisted and finally, Ron applied and interviewed. Much to his surprise, he was selected!

For the next two years, Ron was the R.A. on the 15th Floor of Bulger Hall and absolutely loved it. He and the community of guys on his floor were having a great time and, for the most part, achieving their academic goals (while wondering if we would eventually be drafted and shipped off to Vietnam). Through his R.A. experience, Ron was rapidly growing as a person and started thinking about what he wanted to do with a degree in Psychology. Being an R.A. was the center of his college experience and he felt he was making a difference. He started thinking about related career options and scheduled an appointment with someone he considered a mentor, Barbara Hansen, Associate Director of Residence Halls. Through those discussions with Barb, Ron discovered lots of career options as an educator in colleges and universities.

This lead to graduate school in the summer of 1976 at Bowling Green State University in College Student Personnel. Great experience! Great Program! By August of 1978 Ron had completed his Master’s Degree while serving as Hall Director at the campuses of Heidelberg and Baldwin Wallace. By the end of August, Ron was on the campus of Miami University starting his first professional assignment as an East Quad Freshman Advisor. All these early experiences provided Ron with more than forty years of opportunity to work with teams of talented students and professionals to create and implement student development policy and programs. Over that span Ron was grateful to be in a variety positions at several colleges and universities:

- Director of Leadership and Development

Among many responsibilities, one of Ron’s favorites was advising student organizations: residence hall governments, councils, and program boards; campus program boards at ONU and UA; campus-wide student government at UA; and student committees for campus-wide events like Homecoming, Diversity Week, May Day and others.

Ron retired from the University of Akron in 2012. Ron and his wife, Carol, live in Stark County. Still passionate about helping students succeed, Ron is now a full-time Student Success Coach at Stark State College. 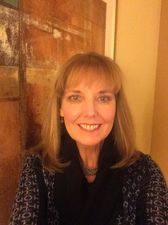 Susan Nickel-Schindewolf retired from the position of Associate Vice President for Student Affairs for Student Engagement and Learning at Case Western Reserve University (CASE) on August 1, 2017. She has been married for 30 years and her and her husband, with two sons and lives in Copley, Ohio.

Even after her retirement, Sue has been very involved with a grant that supports Academic Successes through personal and professional coaching of graduate students in the STEM program at the University of Akron and Cleveland State University.

Sue’s career started during her undergraduate years at the College of Wooster, where she served as a Resident Assistant for two years, she then spent time at Wittenberg University, receive her degree while working at University of Akron and then moved to Miami University, before she ended up at CASE as the Assistant Director of Residence Life and Housing. During her time at CASE, she moved up the ladder and took on additional duties and responsibilities. When she speaks about Village 115 residence hall project, she breaks out into a big smile.

Sue has been one of those leaders that leads by example and brings her creativity and passion to everything she has done. For those who know Sue, you know that she is gracious, caring, thoughtful and sometime relentless force for students. We are so proud to recognize Sue for all that she has done over the years, at CASE, and in NEOHO. 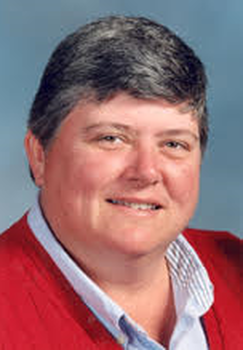 When Donna arrived as the Assistant Director of Housing/Head Resident of Murphy Hall in August of 1978, Sutowski Hall was just opening. She lived on campus for eight years. When she was asked to assume the duties of Director of Residence Life, she moved off campus. Donna has lived in University Heights, South Euclid, Reminderville, Streetsboro, Coventry Village, and currently resides in Lyndhurst. Donna has served as the Associate Dean of Students since 2006. Her primary areas of responsibility is student conduct including city relations as they relate to student behavior.  As an avid Blue Streaks fan, you are likely to see Donna at many athletic events. She also has been fortunate to accompany students on five immersion trips, to Tijuana, Mexico (twice), Duran, Ecuador, Nicaragua and Jamaica. Donna is from the Philadelphia area and spent her formative years with the Franciscan Sisters. She received her B.S. in Health Sciences and Physical Education from East Stroudsburg University and her M.A. in Counseling with a concentration in Student Personnel Services from Indiana University of Pennsylvania. Her parents, as well as her sister and her family, live in southern California and her brother and his family make their home in Cumming, Georgia. Donna’s life’s ambition is to “act justly, love tenderly, and walk humbly with my God”. (Micah 6:8) 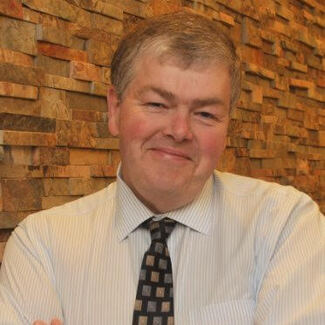 I started my career in Student Affairs at my alma mater, Dickinson where I was a resident assistant and intern in the Student Services office. My first professional position was hall director at SUNY-Oneonta. After two years there, I came to Youngstown State in 1980 to serve as Coordinator of Student Activities. In the ‘80s, Housing was part of Student Activities because we only had 220 beds on campus at that time. That changed though, and I had the opportunity to construct and open several residence hall and a dining hall as well as build a housing and dining program. Throughout my 35 years at YSU I enjoyed a variety of positions including Director of Housing, Executive Director of Student Services and Ombudsperson, and Vice President of Student Affairs.

During my career I was active in a variety of professional associations and received Distinguished Service  Awards from Ohio College Personnel Association (OCPA) and Great Lakes Association of College and University Housing Officers GLACUHO). In 2014 and 2015, my last two years at YSU, YSU was named one of the fifteen Most Promising Places to work in Student Affairs by the American College Personnel Association (ACPA) and Diverse Issues in Higher Education Magazine. My fondest professional involvement was with NEOHO because of the wonderful people that were also involved and because the time spent NEOHOing was always so worthwhile as we labored to develop a first-rate housing program at YSU.

Electing to come to YSU was the 2nd best decision of my life.  I’m so appreciative of all of the brilliant, dedicated and caring coworkers that I had the opportunity to work with and learn from there. More than anything else, I’m thankful for having the opportunity to serve two generations of YSU students, who are, in so many ways, the best people that one could hope to serve. YSU is my family, but I consider my friends in NEOHO to be my extended family. I’m very proud to see how far others have advanced the organization! 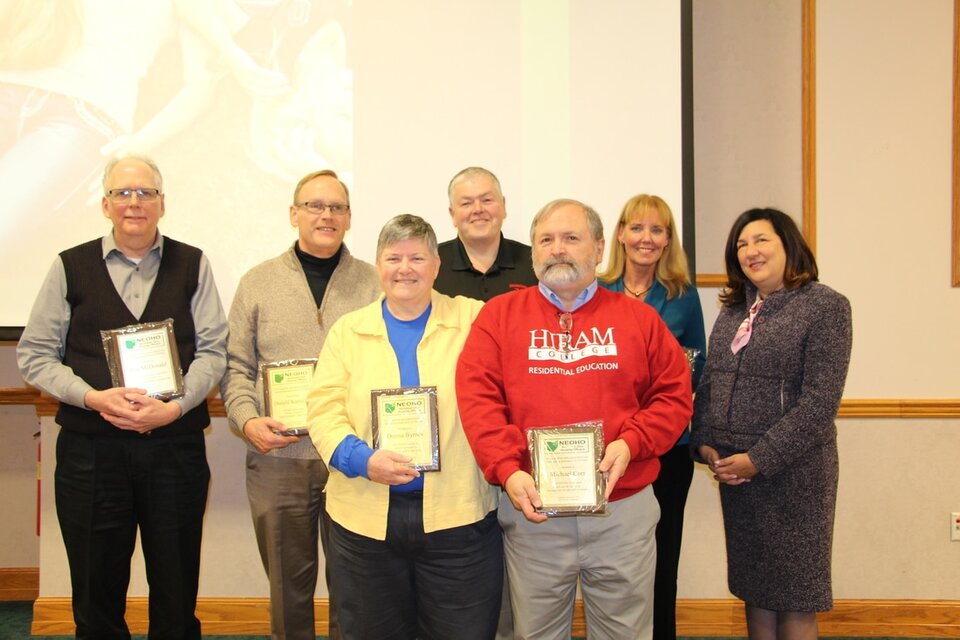